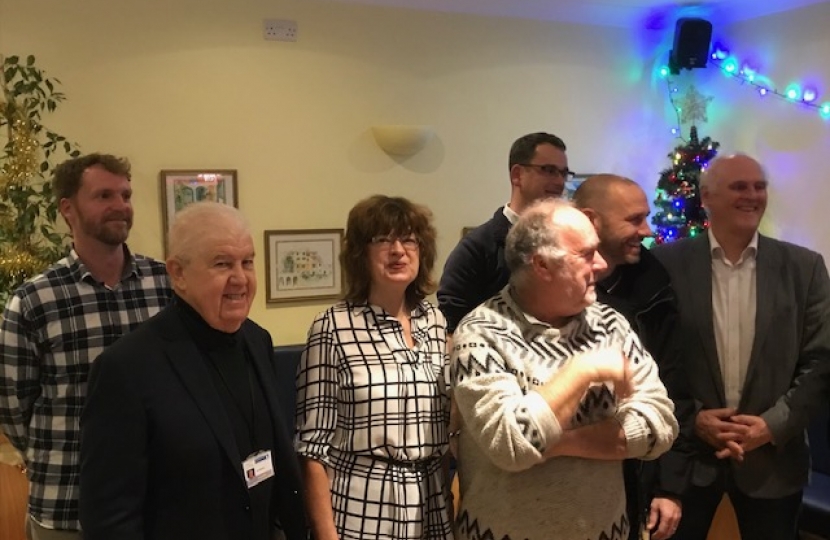 A most interesting presentation meeting on the proposal for the ‘Fishermen’s Quay’ project in Sovereign Harbour held in Di Lietos’s Coffee Lounge on Monday evening proved a great success.

Sovereign Ward Borough councillors Penny Di Cara and Paul Metcalfe MBE along with the Conservative Group Leader Tony Freebody attended the meeting and all support the fishermen with the venture in any way they possible can. The meeting was introduced and conducted by Chris Williams Senior Programme Manager from the New Economic Foundation who has helped the fishermen to bring the project this far. S

Fishermen, Marina Management, representatives from East Sussex County Council and most importantly Harbour residents also attended the evening and asked many questions on how this exciting scheme was progressing.

The comments made, congratulated the fishermen on their commitment to the project and for getting it this far and a huge tribute to them to realise this vision, all these years long, and has been truly impressive.

As mentioned in the Eastbourne Harbour Bill 1980 brought before Parliament by the late and former Conservative MP for Eastbourne Ian Gow “Obviously, the harbour facility is vitally important and will give local fishermen the shelter and facilities for which they have fought so long and hard”