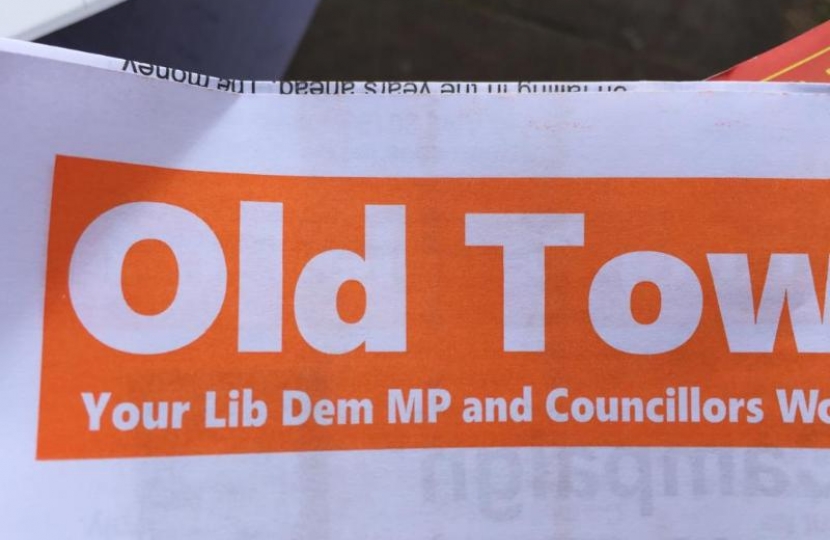 Eastbourne Conservatives have complained to the borough council over a misleading political leaflet which suggests Stephen Lloyd is still a Liberal Democrat MP.

The handout was circulated in Old Town at the weekend and said ‘your Lib Dem MP’. However, Mr Lloyd has resigned the Liberal Democrat whip in Parliament and presently sits as an independent.

“We are very concerned this leaflet is misleading the good people of Eastbourne when it’s a fact Stephen Lloyd is no longer a Lib Dem MP,” said Eastbourne Conservative Association chairman Colin Belsey.

“We have made our feelings clear to the borough council on this issue but the reply we have got is really brushing off our concerns.

“Mr Lloyd may still be a member of the Liberal Democrat party but he’s not a Lib Dem MP. This leaflet is misleading in our view and the Lib Dens should withdraw it and apologise.

“I understand why the Lib Dems want to have their cake and eat it with Mr Lloyd. But this, in my opinion, is hypocritical. He has betrayed their party policy on Brexit and he’s very unpopular with party members locally.

“Mr Lloyd is manipulating his stance to mislead the people of Eastbourne. It’s a shame that the Lib Dems can’t be honest about Mr Lloyd’s position.”

Moving Tourist Information Centre 'shooting ourselves in the foot'

Meads Ward Councillor Jane Lamb expressed serious concern at the loss of the town centre Tourist Information Centre at a time when businesses, hospitality and other departments in the council are working hard to promote recovery and welcome visitors and residents to participate in the events and