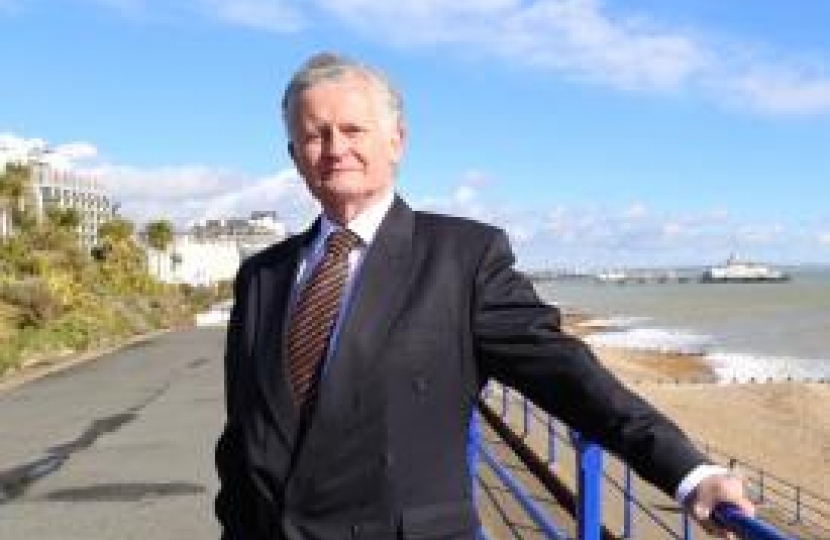 “Changes to the standard method for assessing local housing need”

From Councillor Robert Smart, Leader of the Conservative Group of Eastbourne Borough Councillors

Changes to the standard method for assessing local housing need are urgently required but NOT the changes proposed in the consultation paper which perpetuate and even enhance flaws in the current method.

For some time the very physically constrained Borough of Eastbourne has been calculated to have a housing need of 675 housing units pa. Because this is an absurdly high and  unachievable figure local opposition to housing development is completely neutered, with both Officers and local Councillors fearing the consequences of appeals to the Planning Inspectorate. Recently an Inspector referred in his decision when over-ruling the Council’s rejection of an application to the “Council’s shortfall in housing supply” as “an important consideration to which I have given great weight in informing my conclusion on this issue.”

This apparent, but flawed, “shortfall in housing supply” is a stick with which the Planning Inspectorate can and does beat us, and is a considerable deterrent to rejecting applications.

To give some scale there is a widespread consensus that a housing target for Eastbourne of between 200-250 housing units pa. is perfectly reasonable. It would place us near to a 5 year land supply based on existing planning permissions, but 5 itself is an arbitrary number and could be smaller.

The test we will apply to any changed method is whether the revised calculation falls within this range. We believe the changes proposed in the consultation paper result in an annual housing need of 486 units which is unacceptable.

The change from 675 is largely attributable to using more recent population projections which in itself demonstrates their fragility as a basis. ( The change from 2014 to 2018-based population estimates in 2039 reduced Eastbourne’s projected population from 122,000 down to 110,000 which is only 7,000 more than today’s 103,000)

The proposed changes in methodology are modest and both methods are flawed.

It is proposed that a baseline is used whichever is the higher of 0.5% of existing stock or the projected average annual household growth over a 10-year period. This baseline would then be adjusted using the current affordability ratio which has the effect of adjusting the baseline to increase the requirement even further for all local authorities, including Eastbourne, where average house prices divided by average incomes are greater than 4.

The statement in para 21. that these population projections “are still the most robust estimates of future growth trends” is very disappointing given the recent proven inaccuracy  and for the following additional reasons:

Extrapolating past trends into future population projections is clearly a most unreliable methodology: A local authority might have used recently its last large area of developable land which then cannot be replicated in perpetuity.

The ONS themselves take no account of the physical constraints or size of local authorities. This is a major issue for Eastbourne which is bordered by the sea to the south, the South Downs National Park to the west, a flood plain to the east and a very constrained border with Wealden D.C. to the north.

The ONS themselves add considerable caveats over their projections, not least that they do not take account of Brexit and changes to Immigration Policy, nor of Covid. For England net immigration still represents around 70% of projected population growth and is the major variable predominantly into London with subsequent migration out of London. Nationwide (and in Eastbourne) deaths exceed births.

Population projections by local authority take no account of employment projections and local aspirations but are a top down algorithm to fit the overall national projection.

Having provided housing for the perceived population growth (however fragile may be those projections) it is then wholly illogical to demand an additional increase through the “affordability” adjustment which just pushes many more local authorities into failure to provide a 5 year land supply and at the mercy of the Planning Inspectorate which is exploited by developers.

If the population projections suggest less than a 0.5% increase why should the baseline be arbitrarily increased?

To simply mandate numbers of housing units without any consideration of size of unit is clearly absurd. It encourages the development of the maximum number of small units (one bedroom flats) when the demand is for a reasonable mix of properties.

To build houses at a faster rate as Government currently wishes requires significantly more pressure and incentives for existing planning permissions to be used rather than pressuring local authorities to grant even more planning permissions which may or may not result in building.

If the Government nevertheless wishes to used its proposed but flawed standard methodology at the very least this needs to be adjusted to take account adequately of the physical constraints of a local authority such as Eastbourne.

To create a more realistic mix of housing units the numerical requirement could be for bedrooms rather than housing units.

The consultation questions: From the above the answers to Q1-5 are clearly “no”.

Regarding timescale: Urgent action is required to alleviate the current situation in which local democracy is neutered.