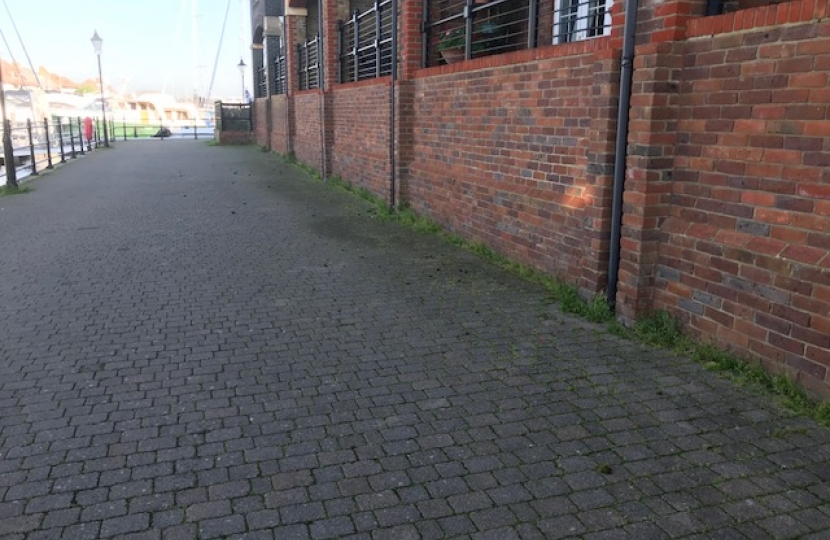 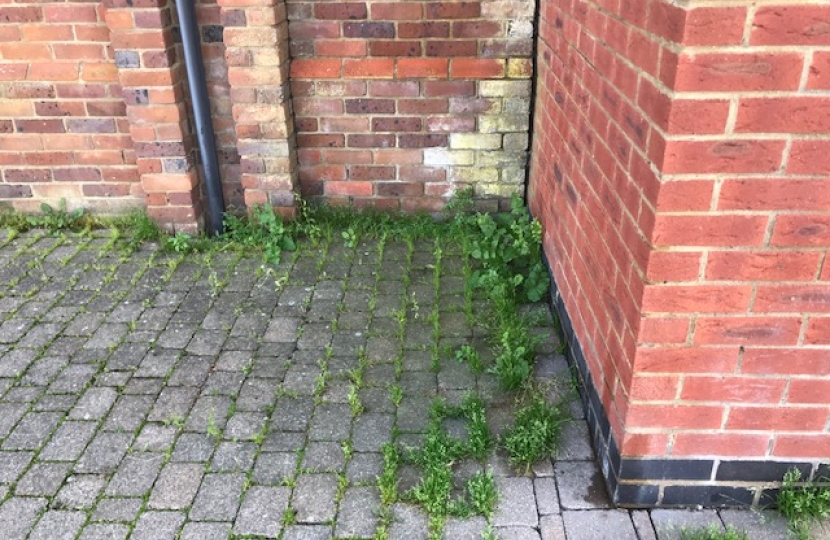 Weeds and litter at Sovereign Harbour will finally be cleared following pressure from Conservative councillors for the area.

Residents have expressed their frustration that Eastbourne Borough Council had not done enough to keep the area tidy and councillors Gordon Jenkins, Penny Di Cara and Paul Metcalfe took up those concerns.

North Harbour resident Paul took photographs of the weed proliferation and forwarded these to the EBC Neighboured First Team as evidence of the state of the walkways and paths.

The three councillors have now reported that weed spraying has commenced in all areas of the harbour and litter is also being tackled.

South Harbour resident Penny Di Cara said: “Weeding is contracted by the council to be carried out twice a year.

“In areas away from the water’s edge this is done by spraying, if in close proximity to the water the weeds are physically removed. I’m pleased work has finally started and I hope residents will be pleased.”

Gordon arranged to meet with council officers to view the untidiness and state of the walkways.

“Without doubt the situation this year appears to be worse than in times past and it certainly needed to be looked at urgently to appreciate residents’ concerns and make the area tidy once again,” he added.